The European Union is trying to start in Ireland civil war his conditions of the transaction Brexit. This was stated by the leader of right-wing French party “National Association” marine Le Pen in the discussion of the transaction at the Brexit, the TV channel BFMTV. 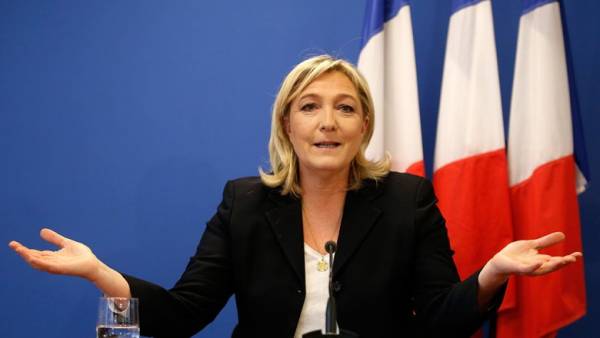 In particular, the politician noted that the EU’s aim is to make “divorce more painful.” However, Brexit will bring more problems to the EU than the UK, she said.

The stumbling block in the negotiations on Brexit between the UK and the European Union, along with financial issues is the question of the Irish border.

British MPs had earlier demanded Prime Minister Theresa may to exclude from the agreement with the EU reference mechanism for Northern Ireland “backstop”. The term refers to the preservation of Northern Ireland, an Autonomous region of great Britain — part of the Customs Union of the EU and the European single market.

Means that instead of “backstop” the agreement will be mentioned some “alternative arrangement” that does not allow the emergence of rigid boundaries on the island between Northern Ireland and Republic of Ireland. Mei, in turn, promised to re-negotiate the agreement on the terms Brexit. At the same time in Brussels warned that the Treaty is not subject to revision.