Erdogan urged trump to fulfill a promise to withdraw U.S. troops from Syria

Turkish President Recep Tayyip Erdogan said that the Turkish side expects the speedy implementation of the US President’s pledge of Donald trump about the withdrawal of American troops from Syria. He stressed that Turkey supports the territorial integrity and political unity of Syria. 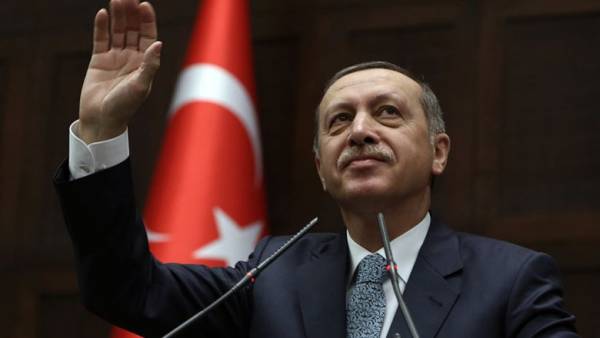 “Mr trump promised that the US will withdraw from the East of the Euphrates. We hope that this promise will be fulfilled in the near future. We don’t want to live under the threat and ready to do everything necessary to resolve it. We will take all measures to ensure security in this area,” said Mr. Erdogan in a TV channel TRT.

In December 2018 Donald Trumpkin announced the withdrawal of American troops from Syria. U.S. lawmakers and U.S. allies in Europe and the middle East said that the withdrawal of US troops is wrong and will jeopardize the fight against ISIS.

Yesterday, Mr. trump said that American soldiers will “quickly return” to Syria or Afghanistan, if the need arises.