Avakov has promised to suppress the new Maidan

MOSCOW, February 3 — RIA Novosti. The head of the MIA of Ukraine Arsen Avakov said that law enforcement agencies will not allow a new Maidan in the upcoming presidential elections, he told about it in interview to the edition “Left coast”. 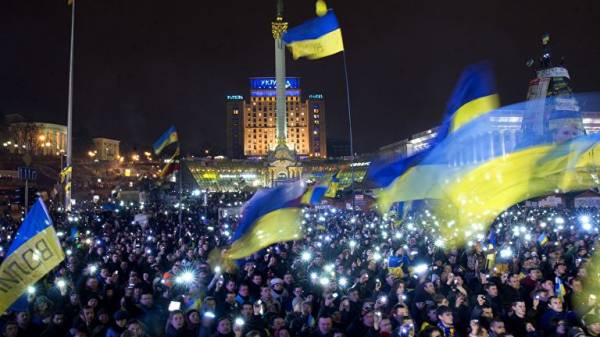 “Candidates must understand that in their desperate struggle, they should not derail statehood. And civil servants should be clear. I say: if the final will be Poroshenko and Tymoshenko, and win the Poroshenko — Tymoshenko will make the Maidan. Conversely, if Tymoshenko wins, Poroshenko will bring people to the street. And I say to those dreamers that in case any of these scenarios, our government will be under tremendous risk,” — said Avakov.

According to the Minister, his function as interior Minister is to prevent the election system disorders, which can begin the protests.

If a citizen supported the loser in the end, the candidate, are in the minority compared to other voters, that he “think twice” before you go to the rally, said Avakov. If a person is convinced that the victory of his candidate “stole”, he will likely join the protest, he added.

“But if the protests are right-wing radicals or left-wing radicals, or just idiots, or hired someone people who do not rely on systemic violations, but simply that they don’t like someone or pay, you may not want to be in their company,” — said the Minister.