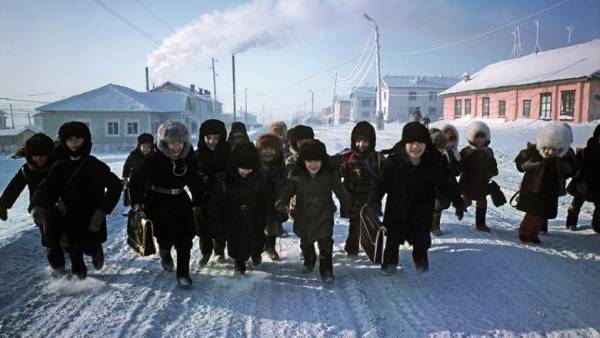 According to the portal, a conflict situation arose after the residents of the new district of the town learned about the closing of one of the schools decided to send their children to “Aiyy Kyoto”. However, the school refused to take statements.

“Our houses are very close to this school. Therefore, we were confident that no problems will arise. But the Director said that there is no space, and it will not adopt Russian children,” — said local resident Natalia.

As the newspaper notes, the decision of the leadership supported the part of parents of students, which believes that “Aiyy Kyoto” is a national school, and the enrollment of Russian-speaking children may affect the “training and education”.

“We are against as it is contrary to the concept of learning in “Aiyy Kyota””, — quotes the portal of the representative of the parent Committee of the school.