Russia will respond to the U.S. withdrawal from the INF Treaty by developing new missiles

According to “Kommersant”, will be created a terrestrial version of the “Caliber” and “Zircon”. 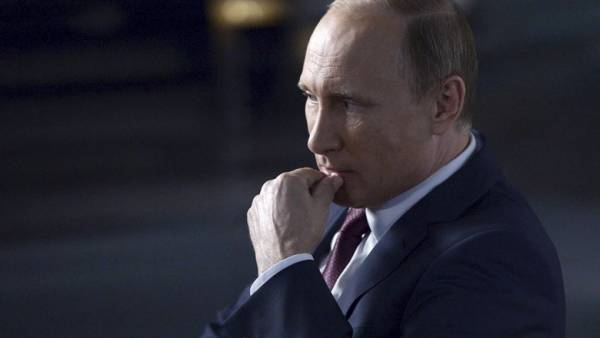 The President of Russia Vladimir Putin declared about the mirror Moscow’s actions in response to the US suspension of its participation in the Treaty on intermediate and shorter-range missiles (INF Treaty) in force since 1987. According to the President, Russia suspends participation in the Treaty and begins research and development work on the creation of new types of missiles. These products, according to “Kommersant”, will be developed on the basis of cruise missiles “Caliber” and hypersonic missiles “Zircon”.

He called a direct violation of the INF Treaty, the use of U.S. ballistic missiles-targets in the framework of the creation of a missile defense system in Europe.

Sergei Lavrov, in turn, stressed that, according to the Russian side, the US “began to violate the INF Treaty since 1999, when they began to experience combat drones, which are characteristics coincide with the prohibited by the Treaty of cruise missiles, ground-based”. “Later they began to use a ballistic target missile to test its missile defense system, and from 2014 began to be deployed in Europe Mk41 launchers, which are absolutely fit without any modifications and start the drums of medium-range missiles “Tomahawk”,” — said Mr. Lavrov.

We will remind, the United States accused Russia that cruise missile 9М729, introduced in the operational-tactical complex “Iskander-M” violates the INF Treaty.

Russian officials categorically deny, and the military in confirmation of his words, even staged a public demonstration of this product for the military attache. Americans, however, this performance did not convince.

Sergei Shoigu at a meeting with President added that the US is not just the first year violate the INF Treaty, but in practice, started the production of missiles prohibited by the Treaty. Answering the question of the Russian President on whether the responses of Russia to be carried out within existing budget allocations for the Ministry of defence for 2019 and subsequent years, he replied in the affirmative. Mister Putin said that he agreed with the proposals of the military to start work on the “landing” of cruise missiles “Caliber” and the creation of hypersonic missile ground-based medium-range.

As explained “Kommersant” several high-ranking sources in the government, we are talking about the adaptation of cruise missiles “Caliber-NK”, which is set in particular on the missile ships of the Caspian flotilla for firing from transport-moscowaccounter. “The work is done by the specialists of the Yekaterinburg OKB “Innovator”, according to the military, based on combat use complexes in Syria, the range of upgraded missiles will be up to 2600 km, “—said one of interlocutors of “Kommersant”.

Hypersonic missile ground-based medium-range missiles will be created on the basis of the product 3М22 “Zircon” (development of NPO mashinostroeniya), says Kommersant’s source in the military-industrial complex. This missile will be launched from the same launchers that are used for missiles “Caliber”, so the cost of R & d are not so great, said the interlocutor of Kommersant.