Zakharov refused to accept the gift of Bulgarian cheese

MOSCOW, 31 Jan — RIA Novosti. The official representative of Russian foreign Ministry Maria Zakharova refused to accept a gift from a Bulgarian journalist brought them cheese, saying that she has domestic. 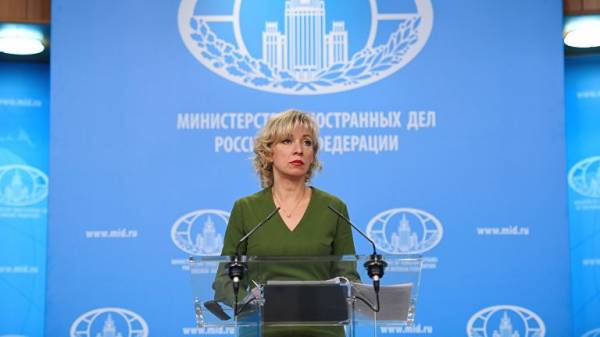 Bulgarian journalist during a briefing at the foreign Ministry of Russia reminded the Ukrainian journalist Roman Tsimbalyuk, who recently said that in Russia there are delicious cheese and “eat, sorry, nothing.” Zakharova had previously responded to the statement about the “famine” in Russia on his page on Facebook and said that “Kiev’s propaganda is gaining momentum.”

A journalist from Bulgaria tried to give the cheese brought from the homeland, he quipped that brings the gift to “not starving”.

“No, thank you, I have a domestic” — he refused Zakharova.