“Vladimir Putin we always provides assistance in all aspects”

Venezuelan President Nicolas Maduro has promised to resolve the situation in the country and to pay the Russian debt. 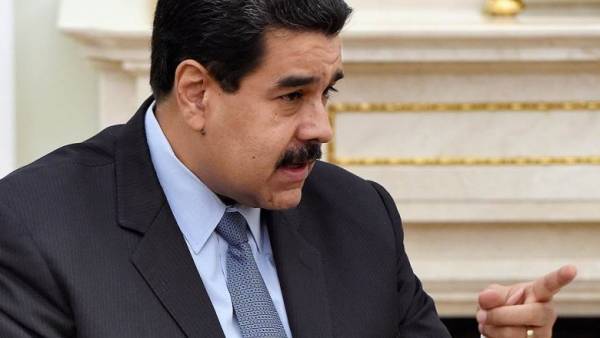 Venezuelans today take to the streets of the country at the call of the self-proclaimed President Huang Guido. They plan to convince the military to side with the opposition. Meanwhile, the head of state, Nicolas Maduro, gave an interview to the Russian news Agency “RIA Novosti”, which promised to resolve the political and economic situation, to pay Russia the debt, thanked him for “help in all aspects” of Russian President Vladimir Putin urged the opposition to dialogue and proposed to hold early parliamentary elections. “B” leads the most interesting moments of the interview.

About Russian PMC in Venezuela

The President of Venezuela did not confirm or deny the presence of Russian private military companies (PMCs) in Venezuela. “Can’t say. Not comment on anything…” — he said “RIA Novosti”.

In this case, Nicolas Maduro, claimed in an interview that he had “good protection system”, however, noting that the most important part of this protection comes from God.

the Opposition has accused Maduro of attempting to take 20 tons of gold in Rossiya U.S. sanctions

“This is one of the most adventurous, the most insane decisions that made John Bolton (US presidential Advisor for national security.— “Kommersant”)”, he said, Nicolas Maduro, the US plans to impose sanctions against state oil company PDVSA and to transfer control of the assets of Venezuela’s self-proclaimed President Huang Guido. The President called it “an attempt to expropriate the Venezuelan asset.” “I am confident that we will emerge winners,” said Nicolas Maduro.

In Russia, according to press Secretary of Russian President Dmitry Peskov, the possible consequences of the constraints already analyzed. The issue of sanctions is important for Moscow, because PDVSA needs his Russian partner, Rosneft — $3.1 billion, the Russian company also operates in Venezuela five projects for the exploration and production of oil.

Thus the Nicolas Maduro is sure that there are no risks in cooperation with Venezuela after the introduction of new sanctions, because it is “an independent, sovereign country” and “Russian enterprises — is very powerful.”

“Everything will be fine, the business between Russia and Venezuela in oil and gas protected by armor” — promised the President.About the economic crisis and Russia’s help

“We are at a critical stage of recovery, gaining the upper hand over obstacles and attacks on the exchange system, the system of prices”, — said Nicolas Maduro. He added that the government has a “sequential program”, which cuts to stabilize the economy.