Under the Antarctic glacier was found a vast emptiness

The Thwaites glacier in West Antarctica is known for its rapid movement, the speed of which sometimes reaches up to 2 kilometers per year. Periodically from the glacier break off huge icebergs, which are carried in the Amundsen sea and further North. 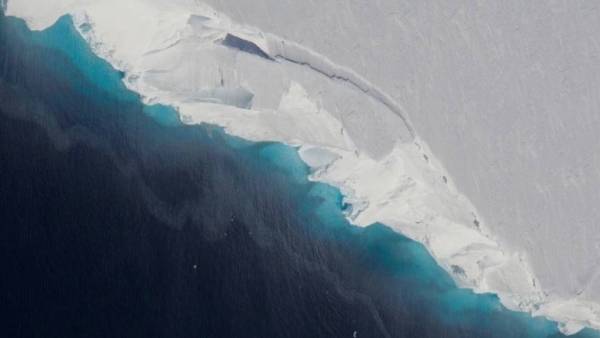 American glaciologists found under the Thwaites glacier, a huge melt cavity having an area of about 40 sq km at three hundred meters altitude. Researchers believe that the cavity formed by the melting of the 14 billion tons of ice. The most disturbing thing is that most of that ice melted during the last three years. In addition, this cavity is probably not the only one. All together means that the glacier rests on much weaker ground than would be expected from ice many kilometers of power.

the Bottom of the world: how the Russian sailors discovered the last continent of the planet

The discovery was made during analysis of the data obtained by radar “sounding out” of Antarctic ice from the plane during the flight program IceBridge.

More details on the opening in the article, published in Science Advanced.

Scientists fear that the rapid destruction of this glacier can lead to accelerated melting of all others. The water level in the oceans will just rise and shelf of the Antarctic glaciers will be a little easier to get off the ground, becoming just the ice, though very large. And as to their destruction and melting of icebergs formed, water will become even greater. In addition, the glacier now plays the role of a “backup” for the neighboring ice massifs. If she disappears, they slide into the ocean is likely to accelerate.

Even if the melting of the ice will be restricted to this glacier, the ocean level will rise by about 65 centimeters. Not so long ago we already wrote about this problem.