The sauropods were clumsy, if not in a hurry 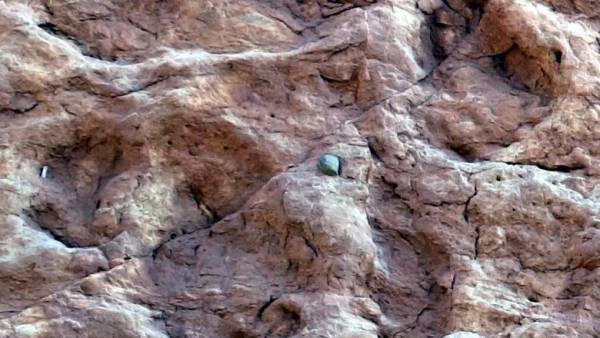 The sauropods — a group of four-legged plant-eating dinosaurs that usually were of enormous size and weight — the biggest grow longer than 30 metres and weighed over 100 tons. The most famous representatives of the group, probably brahiozavry who sneezed on the characters in the movie “Jurassic Park”.

The sauropods are interesting not only for its incredible size, but also the fact that their ancestors walked on two legs, so that the sauropods in the course of evolution repeatedly rose to four. It’s rare in the history of four-footed animals descending with two on all four paws only happened a few times, and all among dinosaurs (ornithopoda, ceratopsians, therefore, the sauropods) or their relatives (salesafety).

Scientists analyzed the dinosaur footprints found in Morocco back in 1980 when construction of the road — a piece of rock 54 6 meters with ten tracks tracks small and medium-sized sauropod. Paw prints does not exceed 54 cm in length. The exact species identity of traces is unknown, but those who were left, lived probably in the middle of the Jurassic period (174-163 million years ago).

Analysis of traces, researchers have used the technology of photogrammetry which is used with the mid-nineteenth century in order to multiple photos of an object to build three-dimensional model, for example, terrain. Photogrammetry is used now also using in cartography and many other fields, for example in creating the terrain for computer games.

Making nearly 400 photographs of the footprints, paleontologists have treated them with the help of special algorithms. As a result, they received 10 distinct tracks tracks of dinosaurs. The analysis of traces revealed that the front paws were placed generally on the outer side of the foot. This corresponds well to the origin of sauropods from bipedal ancestors — the ability to turn your hand palm down fully given only to mammals and birds.

Meanwhile, as the dinosaurs were widely placed feet and the position of the front stop, there was a clear correlation. What was already “track”, the smaller area of forelimbs dinosaur touch the ground. Paleontologists have thought that dinosaur put the feet narrowly when was slow, and thus, the front legs did not take an active part in the walk — they just relied to distribute the weight of a huge carcass. The foot was placed on the whole foot, when the sauropods were overclocked to their limit of 5 km/h.