In Moscow criminal case on hooliganism against a citizen lanced through the wheel of the official car of the Federal security service (FSS), the driver who blocked the exit from the yard. This is with reference to sources reported by “Moskovsky Komsomolets”. 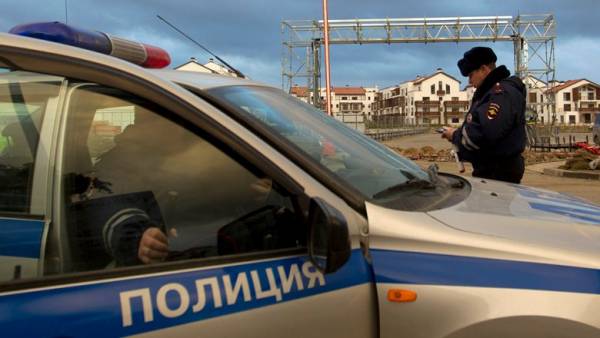 The defendant is under recognizance not to leave despite the fact that the damage was compensated. The size of the damage was assessed chauffeur FSO 20 thousand rubles.

The incident occurred on January 26 in front of a building on Leninsky Prospekt. It is reported that after the call the driver of the FSO to the police Department arrived at the scene seven police, investigators and rescue workers. Damaged the wheel the man was detained in the house at the Yaroslavl highway, his ex-wife was asked to return to the place of incident and give an explanation.

According to the publication, the driver belonging to the secret service Infiniti named Andrew blocked driving the Range Rover in the yard left a man and a woman. They asked Andrew to clear the road, but he refused, saying that waiting for the chief, who, according to the newspaper, is related to presidential protection.

Man of the Range Rover after a brief skirmish punctured the rear wheel of the Infiniti with a small knife; at the same moment there was a chief driver of the FSO, and he moved the car, freeing the passage. The driver noticed a puncture a little later, and when he realized what had happened, appealed to law enforcement agencies.