MOSCOW, 30 Jul — RIA Novosti. Basmanny court of Moscow on Wednesday for two months arrested the Senator in Karachay-Cherkessia Rauf Arashukov in the case of a criminal Association and murder, the correspondent of RIA Novosti news from the courtroom. 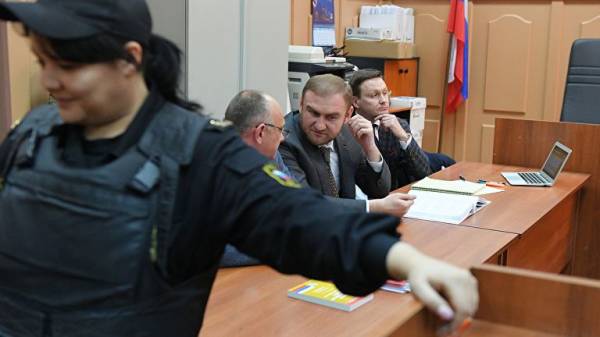 “The petition of the investigator to meet, to elect against the accused Arashukova a measure of restraint in form of detention,” said the judge Natalia Dudar.

The investigator, asking him to sign Arashukova into custody until March 30, noted that the Senator might be hiding outside the Russian Federation, and the United Arab Emirates, an official has the residence permit. Prosecutor request for arrest was supported.

On Wednesday morning, 32-year-old Rauf Arashukov, one of the youngest senators, was detained in the meetings of the Federation Council. Immunity was dropped after the speech of the Prosecutor General Yuri Chaika. The Senator is charged with very serious crimes: the participation in a criminal Association, murder two people and witness tampering.