Putin joked about the Minister of economic development

Russian President Vladimir Putin began a meeting with members of the government with a joke: said the Minister of economic development Maxim Oreshkin. It is reported TASS on Wednesday, January 30. 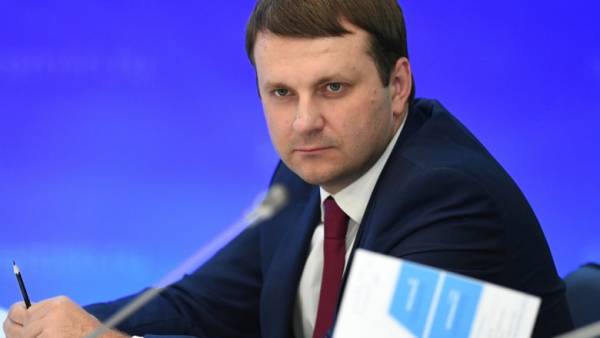 “Today we have tourism question [on the agenda]. Before you begin, ask another tourist,” he said with a smile.

Putin asked Oreshkin, who heads the Russian delegation at the world economic forum in Davos to talk about the event.

On 28 January President VTB Andrey Kostin called anxious and confused atmosphere of the Davos WEF. According to him, in conditions of uncontrolled growth of the internal problems in some countries, the current agenda of Davos for the leaders of the world’s leading economies have lost their relevance.

Economic forum in Davos—201930 adwareeraser spoke about the “sediment” from the actions of the organizers of the forum in Давосе26 januarythe Davos-2019: the world is closed for России25, enviracare afraid how China might use artificial intelligence

On the eve of the economic forum in Davos, Switzerland “b” recalled the best moments with the participation of Russian politicians in “cash “Oscar”.

The photo archive of “Kommersant” 1/5

What he wrote about the Russians:

“Don’t forget us,— said the Ukrainians, Armenians and Russians in Davos.— Our battle is your battle, and if we lose, the world will become a much more dangerous place. Don’t forget about 30 thousand nuclear warheads in the Soviet Union , and that agreement on them frozen, or not met”
(February 4, 1991 article in The Guardian “Oh, selfish new world”).