The organizers of the international economic forum in Davos apologized to the Russian delegation for its previously announced a number of Russian businessmen with the request not to come, the conflict is largely exhausted, but it is clear that the “residue” remained, said the Minister of economic development of Russia Maxim Oreshkin at the meeting of the President of Russia Vladimir Putin with government members. 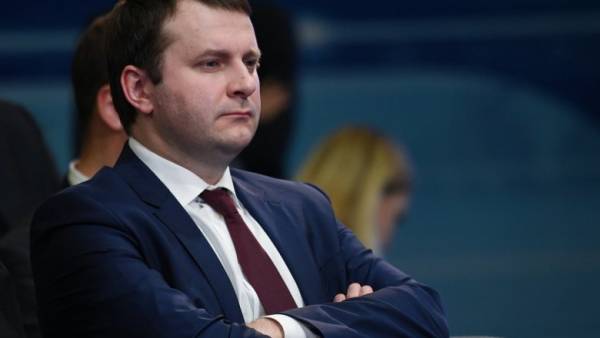 “They (the organizers of the forum RNS) once again apologized for his actions in the past year, we can say that the conflict is largely exhausted, although it is clear that the “residue” left here,” said the Minister.

Oreshkin added that “if the whole talk, the forum, in principle, was negative sentiment in the world community has deteriorated over the past year.”

According to him, the negative effect on the participants applied the economic slowdown in the fourth quarter of last year, the increase in social tension in the world.

the Boycott, the closure of the “Russian house” and “fish”

Among the positive moments on the forum, he noted a large number of meetings and improving relations with European countries.

“Still noted that very seriously changed the attitude of European partners to Russia, it is gradually improving. This is due to the fact that Europeans are very dissatisfied with the behavior of the United States,” he added.