The government plans to give them a new law notaries. 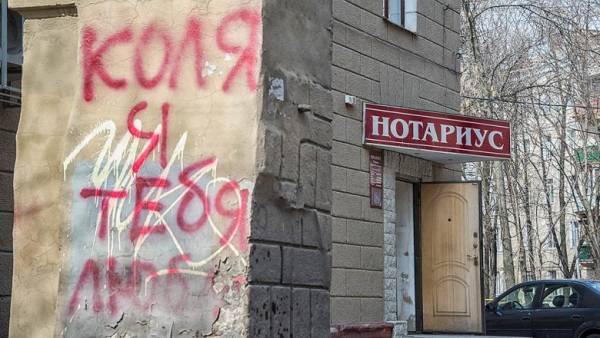 The government of the Russian Federation in the state Duma introduced a bill that would give the right of notaries to officials working in remote areas in the past through the enlargement of urban districts. In addition, municipal officials may be able to certify wills, and to manage the included property. In the state Duma are afraid that the norm will lead to “the emergence of crime” because I doubt the competence of local officials, and state that “for notaries responsibility to their community stronger than before the law.”

In the explanatory note to the bill its need is directly associated with “the ongoing transformation of the municipal formations associated with the inclusion of settlements in the urban districts.” Obviously, we are talking, for example, about the suburbs, where in recent years actively the consolidation of municipalities and their integration in the urban district. This process, say the government, led to “the reduction of territorial accessibility of notary services” for their residents. The fact that the current wording of the legislation on notaries gives the right to substitute notaries only heads and “specially authorized persons” of regional and rural administrations. The officials working in the former rural administrations, and at present in the territorial subdivisions of municipal districts, deprived of this right.

On the draft officials offered to transfer almost all the key functions of notaries, ranging from the validation of signatures, ending the control of the property specified in the will.

To do this, the authors of the amendments propose to make changes in “fundamentals of RF legislation on notaries” and the Federal law “On General principles of organization of local self-government in RF”. The draft stipulates that the local official can obtain these functions only if in the settlement there is no notary, and the settlement is not an administrative center. Because it, according to the authors of the document should be professional notaries. The register of authorized officials of the municipalities must send to the Ministry of justice.

In the state Duma cautious attitude to the project.

Local officials may lack competence in order to replace notaries. If we are not talking about some very basic things, and, for example, real estate transactions, a substitute for professionals impossible.Yuri Cialiscompariyy Deputy Chairman of the Committee of the lower house on state construction and legislation News

Everything you need to know about the new law of inheritance

He fears that the reform “will provoke the growth of crime.” “Yes, these services will be closer to the population. But we must remember that now the notary community asked their members are much stronger than rules of law. The status of notary years to get, but you can lose it very easily, so they want to keep their jobs. Officials have no such responsibility”, — said Mr. sinelshchikov.

Local officials welcome the initiative. “In most municipalities it is a very small number of simple documents, which the staff of territorial divisions of administrations to cope. This is confirmed by practice. The same the heads have long been the functions of notaries certify documents and cases their mistakes are rare and comparable to the amount that have professional notaries”, — said “Kommersant” the head of administration of Stary Oskol urban district (the Belgorod region, which includes 19 rural areas) Alexander Sergienko.