In the United States came abnormal frosts. It is expected to minus 53 degrees

This week in the US is expected abnormal frosts, meteorologists warned, explaining rare for this area, the weather phenomenon is the influence of the polar vortex. In some places the temperature can fall to -53 degrees Celsius. 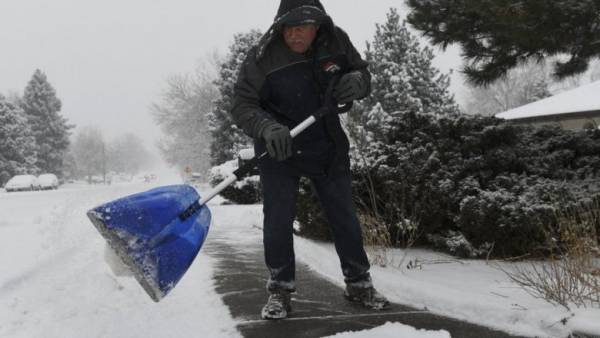 The state of Iowa has advised local residents not to breathe deeply and not talk on the street.

In Midwestern States, US Wisconsin, Michigan and Illinois declared a state of emergency. Similarly did the more southern States, Alabama and Mississippi.

Employee of the us National weather service Jon GAGAN said: “the intensity of cold air, I’d say it happens once in a generation”.

Meteorologists have warned that there is the likelihood of getting frostbite in just 10 minutes of being in the frost.

The peak temperature extremes are expected to occur in the period from Tuesday until Thursday, when Chicago will be colder than in Antarctica.

It is assumed that the temperature in one of the largest cities in the United States will fall to -33 degrees, but because of the strong wind it would seem that it’s minus 46, warned the authorities.

Heavy snow is expected in Wisconsin and Illinois, as well as in the southern States of Alabama and Georgia.

The US President Donald trump, known for his reluctance to admit that global warming is a result of human activities, joked on Twitter that it is now not enough global warming.