In Rostov-on-don, Azov and Rostov region, Mines, specialists of emergency services examine the reports of the mining of dozens of buildings. In particular, people were evacuated from the building of the regional government, several schools, several shopping centers and medical facilities, informs management of information policy of the regional government. Posts about mining sent via e-mail. 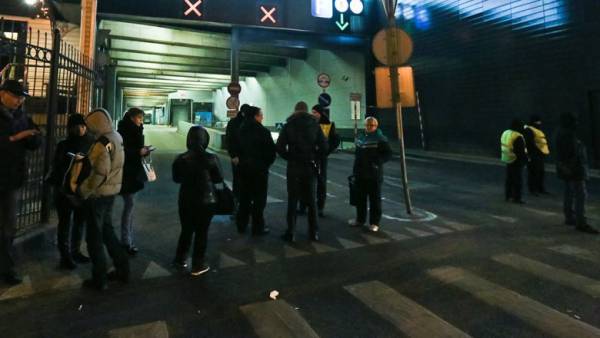 In a press-service GU MVD of Russia in the Rostov region to comment on the situation refused, citing the fact that checking the information received. In the EMERCOM of Russia in the region are advised to apply for review to the government of the region.

According to eyewitnesses, in Saint-Petersburg evacuated nine shopping malls, Gostiny Dvor and the polyustrovskiy market. The message on a mining has received several schools, Krasnoselsky district, and the school in Murino in Vsevolozhskaya CRH (Leningrad region). Urban education Committee said that St. Petersburg is verified by 31 schools, 28 of which are located in Krasnoselsky district. All anonymous reports of alleged bomb scare touch 60.

In Russia started a wave of reports of mass mining buildings

According to the Internet newspaper “Fontanka.ru”, all electronic messages on a mining of objects in St. Petersburg appear to come from the hosting provider, registered in Bulgaria.

Anonymous reports were received in schools, shopping centres and institutions of Perm. Classes in the Perm schools today are not carried out because of the quarantine on ORVI and a flu, all pupils transferred to distance learning. All incoming signals about bombs are checked by law enforcement officers.