The canadian government has decided to halve its diplomatic presence in Cuba after 14 employees of the Embassy suffered from the acoustic attack of unknown origin. On 30 January reported on the website of the government of Canada. 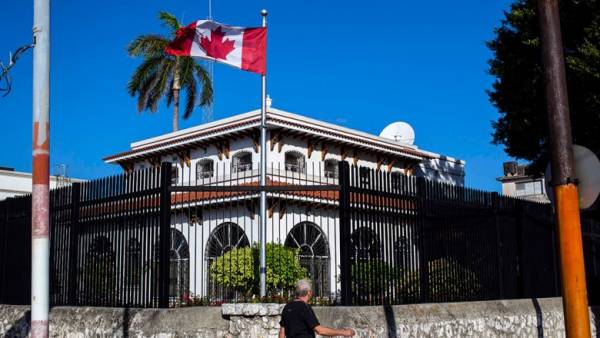 Symptoms of an Embassy employee who was ill at the end of December 2018, similar to the ones the others had. In the spring of 2018 Canada reported on 10 employees who have observed nausea, dizziness and difficulties with concentration. By November 2018, the number of victims rose to 13 people.

NBC: US intelligence suspected Russia of “acoustic” attacks on diplomats

The press release notes that despite the downsizing of the canadian Embassy in Cuba will continue to work normally. Also clarifies that there is no evidence that the risk of canadian tourists who want to visit the island nation.

The Cuban government has criticized Canada for the reduction of the diplomatic mission. The Ambassador of Cuba in Canada, Josefina Vidal said that such actions did not help in clarifying the sources of acoustic attacks.

Posts about the American and then canadian diplomats who were victims of the acoustic attacks began to emerge from the summer of 2017. In the summer of 2018 has reported that something similar is happening with the U.S. diplomats in China. During this time, the source of the attacks was never found, although the spoken version, that it can be microwave weapons, or trills of tropical crickets.