Aircraft of the German government once again broke

Aircraft of the German government broke down in Ethiopia. About it reports Deutsche Welle with reference to the Agency DPA. 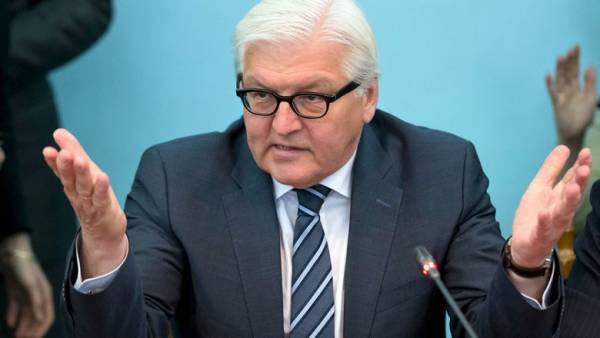 As noted, the problem occurred in the system compressed air supply of the Airbus A340, is named after first Federal President of Germany, Theodor Heuss. The problem of trying to eliminate the specialists.

In Argentina has not met the Macron on arrival for G20

Because of the failure of the German President Frank-Walter Steinmeier is not able to fly from Ethiopia to Berlin. As a result, he and the entire delegation of 55 people are forced to stay in a hotel.

Deutsche Welle notes that in 2014, Steinmeier, who was then Minister of foreign Affairs of Germany, was also detained in Ethiopia because of the failure of the aircraft.

This is not the first incident with the German government aircraft for the last time. On 8 January it was reported the breakdown of the valve in the right engine, which resulted in the Minister for economic cooperation of Germany Gerd Muller had to interrupt his trip to Africa. He then moved on the liner Global 5000 Bombardier.

At the end of November 2018, the plane of German Chancellor Angela Merkel, EN route to Argentina was forced to return to Cologne due to technical failure. As a result, the Merkel arrived at the G20 summit in Buenos Aires on a regular flight. Then the problem was with the communication system of the Airbus A340 “Konrad Adenauer”. The blame laid on Lufthansa.

Later it became known about the plans of the Ministry of defense of Germany to buy long-haul aircraft Airbus A330 or A350. For these purposes from the budget can allocate more than 200 million euros.