KIEV, January 30. /TASS/. Police Melitopol (Zaporozhye region of Ukraine) has opened a case under article about murder in connection with the disappearance of the captain of the Russian vessel “Nord” Vladimir Gorbenko for the implementation of the search activities. On Wednesday in conversation with the correspondent of TASS said the lawyer sailor Alexander Rudenko. 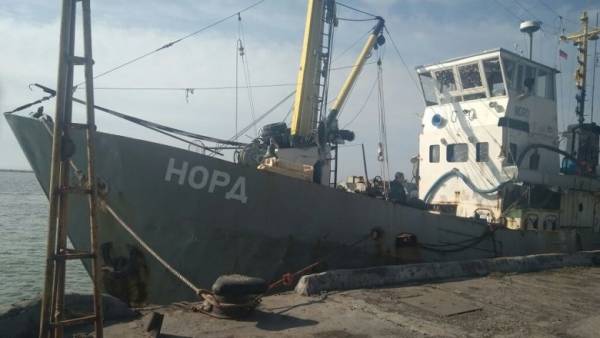 “As far as we know, there is a criminal case. As we reported in an oral order, case opened under the article “Premeditated murder”, — said the defender. He explained that the opening of the case is a procedural point, because in connection with the disappearance of a person “is registered a criminal case under very serious crime to implement the relevant operational and search activities”.

Rudenko said that the location Gorbenko no lawyers, no police not known. “No news, sorry, no, the captain is not released,” he said.

At the same time, the defender was assured that the captain will come to the meeting Obolon district court of Kyiv, which is scheduled for February 1, which should be the case Gorbenko. “We will take part in the trial. But we don’t know what position will the Prosecutor’s office. We expressed our position and on Monday informed the court about the disappearance of the captain, as soon as we became aware of this”, — said Rudenko.

In March 2018, the state border service of Ukraine detained the ship “Nord” with a crew of 10 citizens of Russia in the Azov sea. Captain Vladimir Gorbenko has charged two charges: “the violation of the order of entry in the temporarily occupied territory of Ukraine” and illegal fishing. Kherson city court on 10 April released him on bail with an obligation to report for investigation, the rest of the sailors were assigned to an administrative fine.