During the examination, the UNESCO-protected Cathedral of Sé Velha in Coimbra, the scientists studied colonies of a black fungus is a very tenacious and a threat to the old buildings of the body. The samples belong to, the researchers found, not just to a new species but a new genus of a new family of fungi. 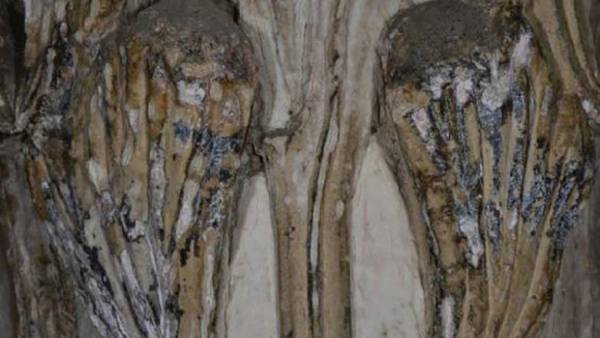 In an article published in the journal MycoKeys, reported that the fungus, called Aeminium ludgeri, apparently hit the wall of Sé Velha municipality together with the limestone used for the construction of the Cathedral, and all those centuries, very slowly spread on the walls of the building. Samples scientists scraped off the damaged limestone in the chapel of Santa Maria.

To determine the type of fungus they conducted a comprehensive analysis of samples, including morphological, physiological and genetic. The results showed that this is not just a new species but a new genus and family of fungi.

The fungus penetrates deeply into the limestone, forming furrows, and produces polysaccharides, which are corrosive.

In the end, building very slowly but inexorably destroyed. Limestone, which was used by the builders of the Portuguese Cathedral, was mined in quarries near Coimbra, and was also used in the construction of buildings in Santiago de Compostela, such as the Royal hospital and Cathedral of St. James.

To cope with fungus not an easy task: fungi are known for their unique resistance to adverse environmental conditions, including extreme temperatures, direct sunlight, UV radiation, severe drought and lack of nutrients that greatly complicates the development of methods for their elimination no threats to the buildings, where mold has settled. Scientists expect that further study of the samples of the fungus will allow you to find a way to deal with it.