Ryabkov called the reports of Russian mercenaries in Venezuela unreliable 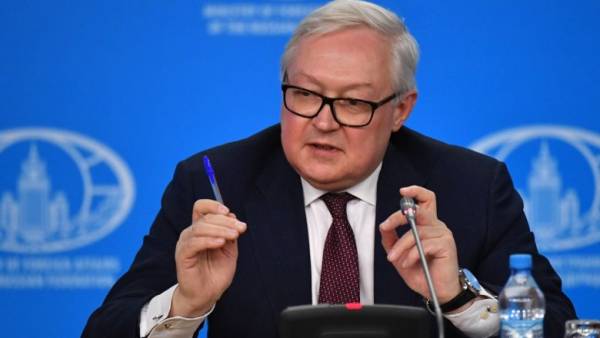 Earlier, Reuters, citing anonymous sources and Cossack ataman Evgeny Shabayev has told that employees of the Russian “private military company” went to Venezuela to support President Nicolas Maduro. Russia’s Ambassador in Caracas Vladimir Zaemskiy in an interview with RIA Novosti denied this information, calling it “another duck”. Press Secretary of the President Dmitry Peskov said that the message about the presence of Russian military in Venezuela is not true.

It’s long been refuted. Actually, I don’t know why from the total array of information on the subject they quote out the most misleading, untrue, offensive, and did not correlate with our policy themes.Sergey Rebaudioside Minister of foreign Affairs of the Russian Federation

Last week in Caracas, mass protests began against current President Maduro. The speaker of Parliament Joan Guido on the same day, declared himself interim head of state the validity period of the provisional government. The United States and several other countries announced the recognition of Guido and demanded that Venezuelan President Maduro, whose election they do not consider legitimate, to prevent military action against the opposition.

To date, besides the US, the status of Guido as interim head of state admitted Brazil, Canada, Argentina, Chile, Colombia, Costa Rica, Guatemala, Honduras, Panama, Paraguay, Peru, Georgia, Albania and various other countries. Russia has supported Maduro as the legitimate President of Venezuela.