Poroshenko announced his candidacy for the presidential elections

KYIV, January 29. /TASS/. The President of Ukraine Petro Poroshenko has nominated on Tuesday his candidacy for the presidential elections scheduled for March 31. 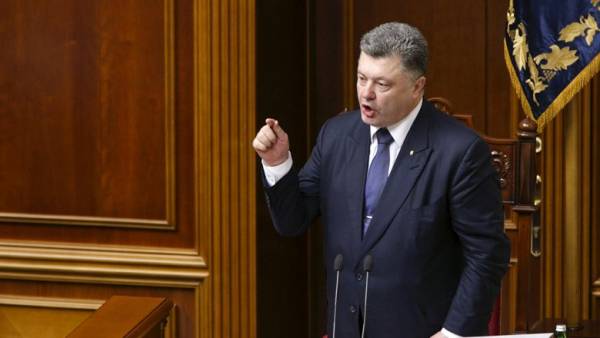 “I decided to be a candidate again,” he said Tuesday at a forum “From Cool to Brussels. We go our own way”, which takes place at the International exhibition centre in Kiev.

For the upcoming elections head of state goes as the independent candidate.

The President did not dare to move forward from party “Petro Poroshenko’s Block” because of the low credibility of this political force and a number of scandals, involving the immediate environment of the head of state, experts say.

Poroshenko does not hurry to announce presidential ambitions, as did up to this point 41 people who submitted documents for registration as a candidate for the presidency. 22 of these, the election Commission has issued certificates of the presidential candidate.