MOSCOW, 29 Jan — RIA Novosti. Deputy of the Verkhovna Rada of Ukraine Borislav Bereza, have pushed the Russian journalist Olga Skobeeva during operation in the parliamentary Assembly of the Council of Europe, will receive state awards of Estonia, informs on Tuesday, Sputnik Estonia. 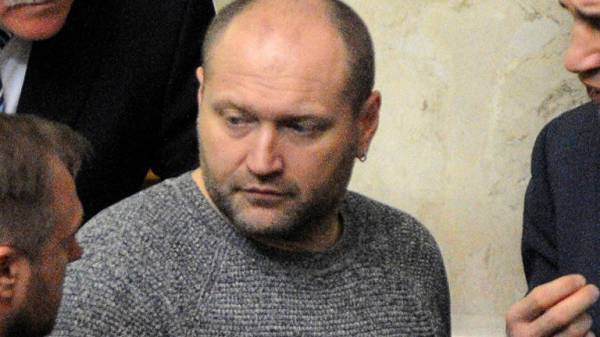 The incident on the sidelines of the PACE occurred on 24 January. During the interview Vice-speaker of Parliament Iryna Gerashchenko, Olga Skobeeva pushed the editor of the Ukrainian “European Pravda” Sergey Sidorenko. Then in the same way received the representative of the Ukrainian delegation to PACE Borislav Birch. He blocked reporter access Gerashchenko and stopped to ask a question about held in Ukraine the Russians.

“The President of Estonia Kersti Kaljulaid on the eve of the 101st anniversary of the Declaration of independence of the Estonian Republic approved the list of politicians, public figures, athletes, figures of culture and science, which will receive state awards”, — is spoken in the message.

It is clarified that the list was Ukrainian MP Birch, who will be awarded the “order of Cross of Terra Mariana IV class”. Explained that Birch is a “supporter of Estonia in Ukraine”.

“The Chairman of the Ukrainian-Estonian parliamentary group in the Verkhovna Rada, which actively and effectively help to solve the problems associated with Estonia and our entrepreneurs”, — said in the text of the reward published on the website of the office of the President.

From November 2018 Birch is included in the list of Ukrainian individuals, against whom the Russian government introduced spermary.