MOSCOW, January 30. /TASS/. The Senator from Karachay-Cherkessia Rauf Arashukov on Wednesday were detained in the conference room of the Federation Council, told TASS a source involved in the meeting of the upper house. 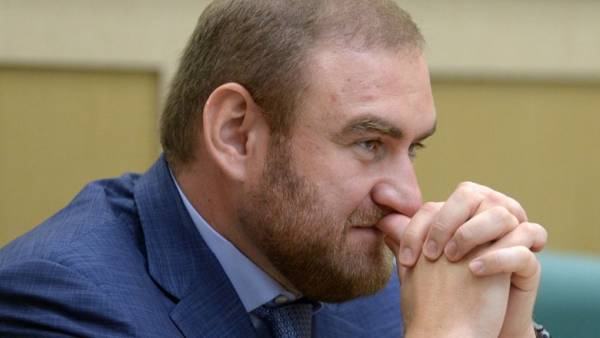 “They agreed to the detention and search of the Senator from Karachay-Cherkessia Arashukova. He was arrested and taken out of the room,” — said the Agency interlocutor.

He added that Arashukova accused of several crimes, including organizing a criminal community.

“There’s a whole bunch of charges. Even the article 210 of the Criminal code of Russian Federation (“Organization of criminal community (criminal organization) or participation in it (her),” — said the Agency interlocutor.

Before the arrest of 32-year-old parliamentarian plenary session of the Federation Council unexpectedly was transferred to the press closed, and the entrance to the hall was blocked by the staff of the Federal security service.