Moscow. 30 Jan. INTERFAX.RU the Father of the accused in the murder of Senator Rauf Arashukov — Raul Arashukov detained in St.-Petersburg in the framework of a criminal investigation, reported “Interfax” an informed source. 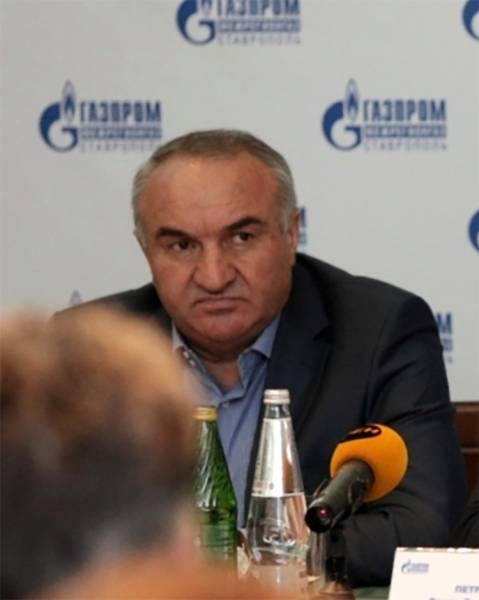 Raul Arashukov detained in one of the offices of “Gazprom”, said the Agency interlocutor.

Earlier on Wednesday the Federation Council has agreed to arrest Rauf Arashukov. On the same day he was detained in the framework of the case about the murder of two leaders of the Karachay-Cherkess Republic in 2010 — Deputy Chairman of the public youth movement “Adyge-Khase” KCR Aslan Zhukov and presidential adviser KCR of Frala Shebzukhova. According to informed sources, the fall of 2018 three defendants in the criminal case about the murder of Aslan Zhukov testified that this crime was organized Arashukov.

Rauf Arashukov could face life imprisonment. Such a punishment part 2 of article 105 of the criminal code.The murder of Zhukov and Shebzukhova

The leader of the youth movement “Adyge-Khase” of the beetles was killed in March 2010 a few shots. On suspicion in Commission of crime was arrested Rasul Adzhiev, which, according to the prosecution, at that time there was a conflict situation with Zhukov.

Shebzukhov was killed in may 2010 in Cherkessk. According to investigators, the officer was attacked by three unknown persons, having beaten him with a baseball bat. Shebzukhov, dodging punches, tried to escape, but was killed from a firearm.