Arashukov stated that poor knowledge of the Russian language, and demanded of the translator

MOSCOW, 30 Jul — RIA Novosti. The detained Senator Rauf Arashukov stated that they did not possess sufficient Russian language, and asked the interpreter who was provided to him, said the official UK representative Svetlana Petrenko. 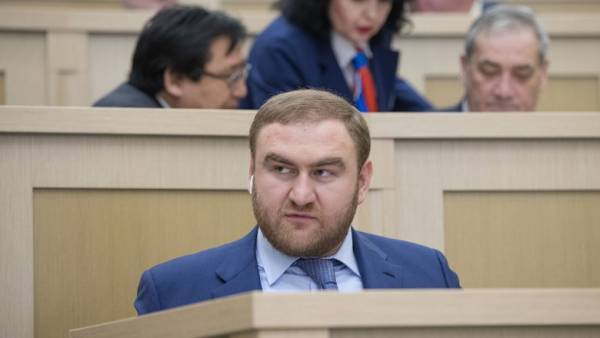 “During interrogation as an accused the Senator said that they did not possess sufficient Russian language, and demanded of the interpreter that was provided,” she said.

On Wednesday, the 32-year-old Rauf Arashukov was detained in the conference room of the Federation Council. SK of Russia has informed that has data on the involvement of the Senator for the murder of Deputy Chairman of the youth movement “Adyge-Khase” and the adviser of the President of Karachayevo-Cherkessia in 2010. In addition, according to the Agency, the father of Senator Raul Arashukov — involved in the theft of gas “Gazprom” for the sum more than 30 billion rubles. He also detained.