The radiation levels at the moon measured using female mannequins

MOSCOW, January 28 — RIA Novosti. Mannequins two women will be sent into orbit around the moon in an American spaceship Orion, in order to measure the level of radiation, the report said the European space Agency. 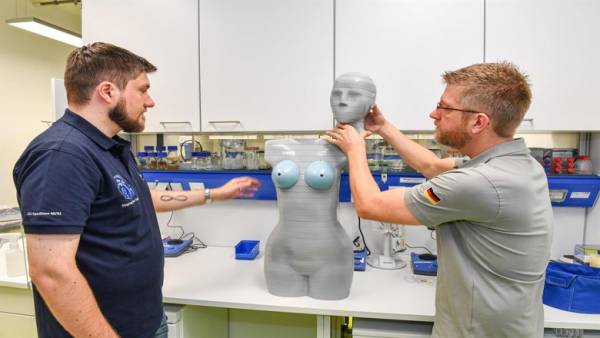 “These two women’s mannequin will take the passenger seat during the first mission around the moon Oriona”, — stated in the message.

Weightless taste: what is the daily menu for astronauts

Currently, flight of the Orion spacecraft with a flyby of the moon scheduled for June 2020. European space Agency makes for the vehicles of the Orion service module.

As noted in the message, mannequins and torsos of women named Helga and Zohar (Zohar and Helga). They use different materials mimic the density of internal organs. 5600 mannequins equipped with sensors that will measure the level of radiation — galactic cosmic rays (coming from outside the Solar system energetic particles) and solar radiation. Sensors are installed in the most radiation sensitive areas of the body mannequins — lungs, stomach, uterus and bone marrow.

“We chose female mannequins, because the number of female astronauts is increasing, and because the female body generally more vulnerable to radiation”, is given in the message words of Thomas Berger (Thomas Berger), senior fellow at the German aerospace center.

The only difference between the two dummies is that the Zohar will be wearing specially developed for missions to the moon the radiation vest. Helga will depart unprotected.

In 2004-2011, the German mannequin men named Rendo in the framework of the joint experiment “Matryoshka-R” measured the radiation levels on Board and on the external surface of the Russian segment of the International space station.