TBILISI, 29 Jan — RIA Novosti. The President of Georgia Salome Zurabishvili declared that wants to meet with Donald trump before the presidents of the United States and Russia will hold a new meeting. 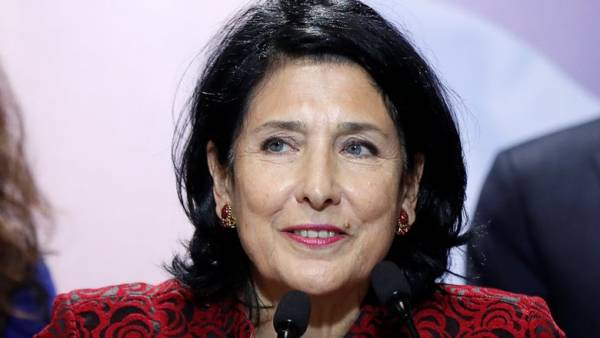 According to her, the administration of the President of Georgia has sent to Washington a letter with a request to hold a working meeting.

“It is possible that there will be a meeting trump and Putin. The agenda of the meeting is not yet known. The most important for us to have had the opportunity to meet with the American President. We must show trump with our visions, with the painful questions that he knew very well that our side is the most disturbing in this discussion”, — quotes the words of Zourabichvili, Georgian First channel.

She added that she does not know whether the American President free time to meet her.

Zurabishvili as the President has made only one foreign visit to Brussels.

Earlier, Russian Deputy foreign Minister Sergei Ryabkov said that Washington continues to look for pretexts in order that a new meeting between the leaders of Russia and the USA Vladimir Putin and Donald trump did not take place.