Suddenly the magician arrives: linked Pugachev and “Helicopters of Russia”

Sponsorship the prima Donna in the amount of 40 million rubles politicians and show-business is considered “back”. 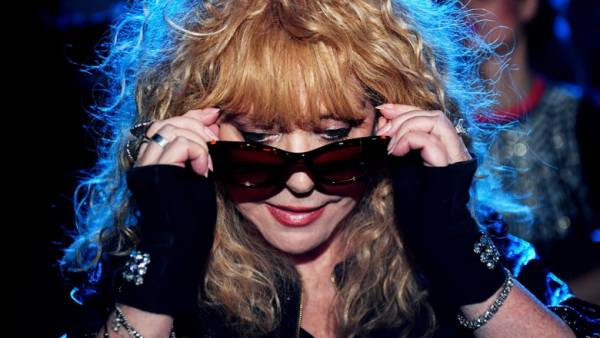 40 million rubles, which is a subsidiary of “Russian Helicopters” (part of state Corporation rostec) allocated on the anniversary concert of Alla Pugacheva, could be part of the corruption scheme. This “Izvestia” said the head of “National anticorruption Committee” Kirill Kabanov. According to the Deputy Chairman of the Duma Committee for security and combating corruption Anatoly Elected, evaluation of sponsorship 69-year-old artist must give the Prosecutor General’s office. In “assistance” to “Izvestia” assured that with the Diva is a contract with clearly defined obligations of the parties, and their performance will be monitored. Meanwhile, tickets for jubilee at the box office no longer exists. On the basis of average cost, selling all the places in the Kremlin Palace will help the singer to earn several hundred million rubles.

The only domestic developer and manufacturer of helicopters “Helicopters of Russia” — has decided to sponsor the organization of the anniversary concert of Alla Pugacheva. The company, part of state Corporation rostec, will provide for the celebration of the 70th anniversary of the artist 40 million rubles, follows from the letter of General Director of “Helicopters of Russia” Alexander Bogunskogo in the name of the managing Director of “Rostvertol” (“News”).

“I ask You to provide financial assistance PI Pugacheva Alla Borisovna in the amount of 40 million rubles (excluding VAT) due to the limit on the Federal sponsorship of events,” the document says. The letter emphasized that “Helicopters of Russia” should be mentioned on all advertising as a sponsor of the anniversary concert. In “assistance” to “Izvestia” confirmed that the helicopter company will provide sponsorship support to the singer.

Logos “Rostec” and “Helicopters of Russia” is already posted on the posters of the concert on the Internet.

The Chairman of the Duma Committee for security and combating corruption Anatoly Elected noted that the assessment of the sponsorship of the “Helicopters of Russia” Alla Pugacheva to give the Prosecutor General, however, the review will be hampered by the “character of the singer.”

— Each artist evaluates his work in his own way, but part of the amount may be the fee. Many questions is the fact that the money allocated to the state structure, the MP said.

Corporate without the right shooting

The Board of Rostec later will have to determine whether allocated funds are used for the intended purpose, said the Chairman of National anticorruption Committee Kirill Kabanov.

He also did not rule out that aid the artist can be a form of “rollback” — for example, for performance at a corporate event.