Netanyahu “not impressed” with Iran’s threats to destroy Israel

TEL AVIV, 29 Jul — RIA Novosti. Israel “not impressed” with Iran’s threats to destroy him, because aware of the real correlation of forces, said the Israeli government led by Benjamin Netanyahu. 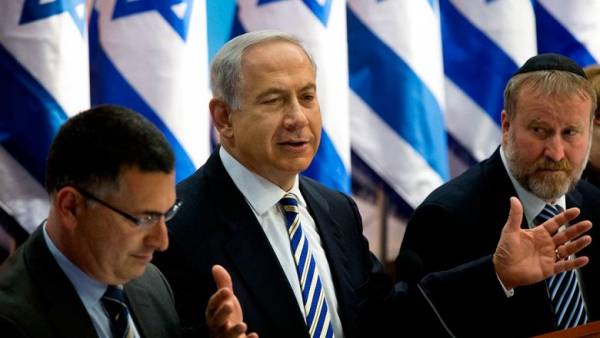 He commented on a statement made on the eve of the Deputy commander of the Islamic revolution guards Corps Hossein Salami. Brigadier General, who was quoted by Reuters, said that any attempt by Israel to launch a war against Iran will result in “his own destruction and liberation of the occupied territories”.

“Over the past 24 hours, they threatened to destroy us, to attack missiles at our cities. We know about these threats, but they do not impress us because we know what our strength in defence and attack,” Netanyahu said during a visit to the Cybertech exhibition in tel Aviv.

Turning to the theme of the event, he added that Iran attacks Israel every day in cyberspace. “We track these attacks, we see these attacks all the time and stop them,” said the Prime Minister.

In November last year the Minister of communications and information technology of Iran Mohammad Javad Azari Jahromi said that the Iranian authorities repulsed a series of attacks by Israel against the telecommunication systems of the country and Tehran intends to appeal to international bodies of justice in connection with the incident.