MOSCOW, January 28. /TASS/. The Minister of culture Vladimir Medinsky instructed to check the level of security in all major museums around the country after the incident in the Tretyakov gallery, where eve stole a picture Kuindzhi. 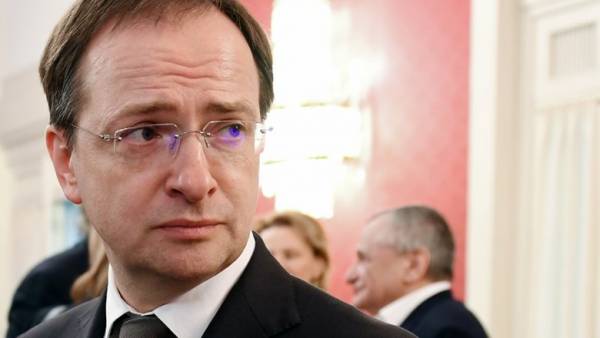 This was reported to journalists on Monday, the Director of the museums Department Ministry of culture Vladislav Kononov.

“Vladimir Medinsky instructed to conduct a comprehensive review of the security of the Tretyakov gallery and all the museums of the first row,” — said Kononov.

Sunday from the Tretyakov gallery where took place the exhibition of works by Arkhip Kuindzhi, stole his painting “AI-Petri. Crimea”. The suspect in the theft of the painting, 31-year-old man was later arrested in the village of Zarechye, Moscow region, the picture also managed to find, in the near future it will give the specialists.