Media: group IRA has claimed responsibility for the explosion in Northern Ireland

TASS, January 29. The group, acting under the name ceased 20 years ago, the terrorist activities of the “Irish Republican army” (IRA), claimed responsibility for the bombing in the Northern Irish city of Londonderry on January 19. 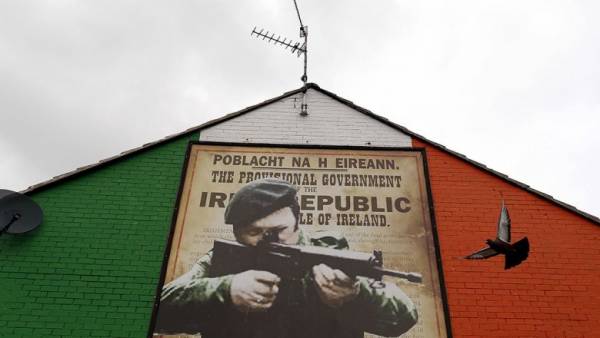 On Tuesday publication reports the Derry Journal, a version of which received a letter from alleged terrorists.

The statement claimed that members of the group placed a car bomb near the courthouse on Bishop street in Londonderry more than a week ago. Police had to evacuate several hundred people in the area ten minutes after the receipt of reports about the bomb. As a result of explosion nobody has suffered.

According to the newspaper, followers of the nationalist IRA threatened in this letter, a new violent actions against the British security forces, civil servants and cooperating with the authorities of the United Kingdom.

The power of Ulster said earlier that I suspect the “New Irish Republican army (IRA”) in the bombing, but noted the paucity and insignificance of this group.

From the late 1960s to the late 1990s, years Northern Ireland was the site of armed conflict between extremist groups of the two communities. The Catholic-nationalists, including founded in 1916, the IRA, wanted to break the Alliance with Britain and join an independent Ireland. The militants of the “Republican army” stand for “bloody Friday” in Belfast in 1972 and the assassination attempt on Prime Minister Margaret Thatcher in 1984. Protestant loyalists wanted Ulster to remain within the United Kingdom.

In 1998, the political parties of the two communities signed an agreement on the settlement of the conflict. The nationalist IRA renounced terrorism, and in 2005 issued an official order to surrender weapons. However, a minority of Republican dissidents trying to revive the IRA and resume a campaign of terror to put an end to the reconciliation.