Media: Germany has defended the “Nord stream — 2” from amendments to the European gas laws

According to the German side, the proposed changes aimed at regulating only one infrastructure project. 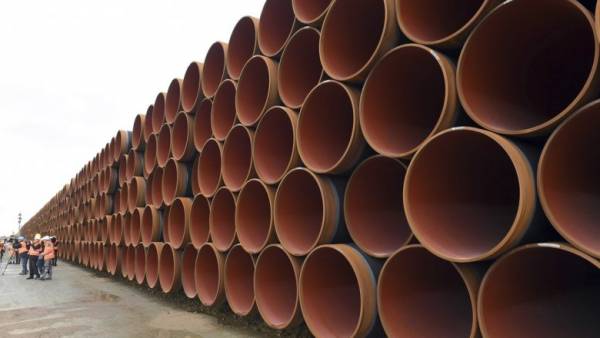 The EU has provided written comments on the third revision of the amendments to the Gas Directive (2009/73/EC). The most significant claim was expressed by Germany. (“Vedomosti” has read the documents, their authenticity is confirmed by a European official and a person close to the European energy company). Germany has no objection to regulation of infrastructure connecting the EU with third countries, but are not willing to accept the current version of the bill.

“We reject the European Commission’s proposed amendments contained in the third revision, which, if you comprehend to its logical conclusion, aimed at regulating only one infrastructure project, and others provide options exception,” says the German document.

Discussion of the amendments to one of the main documents of the energy legislation of Europe started on the initiative of the European Commission, she presented the bill on 8 November 2017. Officially, such a relationship was never confirmed, but the document appeared after the failed attempts of the European Commission to receive a mandate for talks with Russia on a special regime of regulation of “Nord stream — 2”, — “Vedomosti”.

Changes to the Gas Directive is to distribute the key regulatory principles of the European gas market for offshore pipelines, according to the Commission: to separate the functions of the transit country and supplier, to allow the supply pipe third parties, to promote competition. But even the first draft of the amendments contained a list of characteristics that are allowed to make exceptions for projects; such signs were not only one — of the “Nord stream — 2”, specifies the edition.