Colombia commented on the entry in the Notepad Bolton

In Bogota said that I don’t know why in Notepad, assistant to the President for national security John Bolton has a record about the transfer of 5 thousand American soldiers in Colombia. 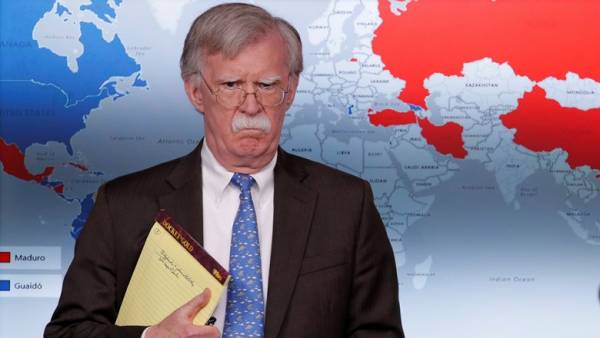 “As for the mention of Colombia in the notebook, which was in the hands of Mr. John Bolton, then the value and the reasons for such mention is unknown to us”, — stated in the message the Ministry of foreign Affairs of Colombia. At the same time, the Ministry stressed that the country will continue to develop relations with the United States on all mutually interesting issues. Bogota shares the position of the countries of the Group of Lima, said the foreign Ministry.

“People just have nothing to eat”. Russian language — about the political crisis in Venezuela

Recall, a photo of a page from the notebook of Mr. Bolton was made after a press conference on January 28 dedicated to the introduction of sanctions against Venezuela. The inscription reads: “5 thousand soldiers in Colombia”.

The official representative of Russian foreign Ministry Maria Zakharova, commenting on the entry in the notebook said that the destabilization of the situation in Venezuela is “from the territory of Colombia”. “But what about non-interference in the internal Affairs, from elections to cybersecurity, which is so concerned about the collective West last years, you ask? Well, something like that” — she wrote in Facebook.