As it became known””, all-Russia centre of studying of public opinion (VTSIOM) hold among the residents of St. Petersburg a survey, which was to figure out whether to nominate for the gubernatorial elections, the acting head of the region Alexander Beglov and what needs adjustment to his image. Measured also, people’s reaction to the recent decisions of mister beglova, including instructions to strengthen the work on snow cleaning. 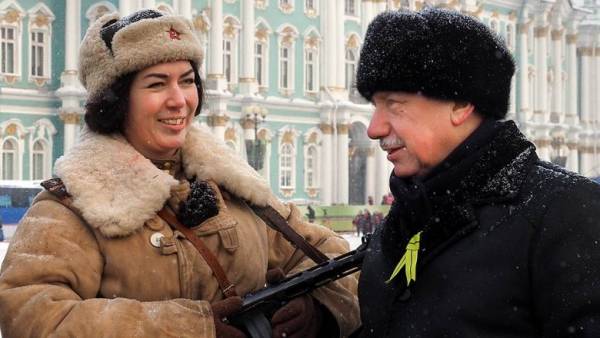 What polls is to conduct a survey on the nomination for the elections of the Governor of St. Petersburg Alexander Beglov, “Kommersant” has confirmed a source close to the St. Petersburg administration. According to him, before the election is scheduled a few interviews.

“St. Petersburg needs a new head or it would be better to remain Governor Alexander Beglov?”.

St. Petersburg to find out also, “whether Alexander Beglov on the potential and professional qualities to be Governor,” does the city need changes and could Mr. Beglov provide them, waiting for Petersburgers deterioration or improvement in the city after a possible election of mister beglova Governor.

Respondents are asked to answer whether the acting Governor to defend the interests of the city to the Federal authorities and monitor the work of subordinates, tends to solve problems “simple Petersburgers”, whether familiar with the city as the interest in the work is guided, personal or public, and whether it is “the strong business Executive”.

Asking residents to assess the personal qualities of Alexander Beglov: honest or dishonest, active or passive, attentive or callous, determined or weak-willed, skilled or incompetent, intelligent or limited, diplomatically or uncompromising and listens to the views of ordinary people.