Federal Fund for social and economic support of domestic cinematography (cinema Fund) has addressed in court with the requirement to recover from OOO “Smeshariki” 82,2 million roubles, follows from the filing of arbitration cases. The first meeting is scheduled for February 21. 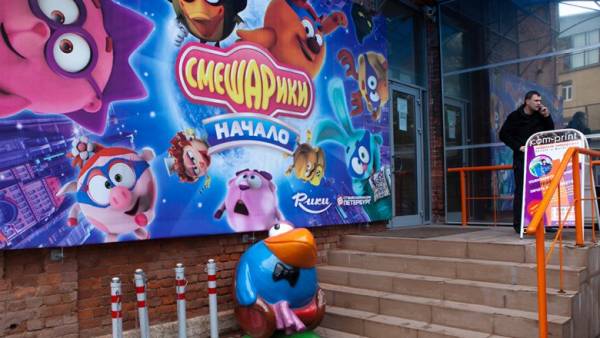 According to the materials of the case, the lawsuit was filed in November last year and was accepted for production in early December. Today the attention it drew Telegram-channel Mash.

The requirements of the cinema Fund, as indicated in the statement relate to three contracts from 2014, 2015 and 2016 According to the first Fund wants to obtain from the producer of the animated series “Smeshariki” “pre-payment” in the amount of 30 million rubles and interest in the amount of almost 740 000. under start II, the cinema Fund requests to collect interest only on the sum of 226, 000. On the third he asked for the return of 50 million rubles and interest of $ 1.2 million.

Other details in the card no details of contracts that are associated with the requirements of the cinema Fund, are not given. The press service of group of companies “Riki” reported by “RIA Novosti” that the obligations to Fund the movie, which arose in connection with the creation of one of the feature-length cartoons of the franchise, “Smeshariki” will be implemented in full.

Russian animation holding “Ricky” is the owner of “Smeshariki”.