The potential cost of the blade can be tens of millions of rubles. 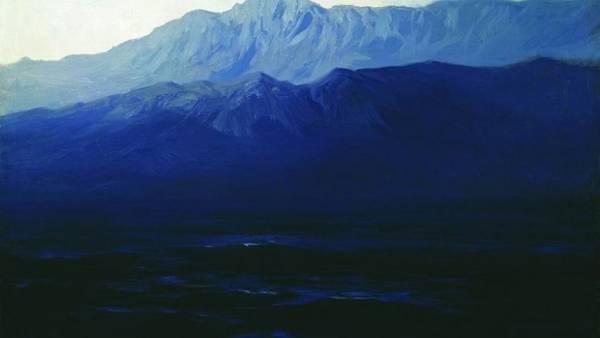 To sell stolen from the Tretyakov gallery the picture is almost impossible. Most likely, the crime was committed on the order or it was the work of people not planning to capitalize on the masterpiece. So consider interviewed by “Izvestia experts. The potential cost of the blade can be tens of millions of rubles. The Painting “AI-Petri. Crimea” has stolen on Sunday at the exhibition Arkhip Kuindzhi in the Engineering building of the Tretyakov gallery. The Director of the museums Department Ministry of culture Vladislav Kononov has declared “news” that the Agency is waiting for details about the incident from the gallery. Launched an internal investigation.

According to eyewitnesses, at 16.30, the picture was still in place. And after 18 hours in social networks there is evidence of the incident. Unknown removed the canvas from the wall and left the hall directly in front of the visitors.

Those present, including the Rangers, apparently, were convinced that is an employee of the Tretyakov gallery, so reacted immediately.

Report that people 23-25 years was dressed simply and acted confidently. When it became clear that we are really talking about the kidnapping, the building was surrounded by police officers, the visitors were released only after inspection. To detain the thief in the first hours after the incident failed.

In the official message of the Tretyakov gallery called the emergency incident and said that police and investigative authorities immediately launched an investigation.

The official representative of Regardie Valery Gribakin said that Agency staff provide policing only at the entrances to the Tretyakov gallery, at the output of the on duty security service of the Museum. The interior Ministry said that Moscow police are tracing unknown stole the painting Kuindzhi.

And the thief has a taste for the beautiful:

In the Tretyakov gallery the visitors stole the painting Arkhip Kuindzhi “AI-Petri. Crimea”.
On-site work, the police, everybody gets screened at the output. pic.twitter.com/A9XFbAHOV4

The period of the 90s

The Picture Of The “AI-Petri. The Crimea” the curators of the exhibition dates from the 1890-ies and included in the collection of the Russian Museum. The size of the web medium — 39×53 cm In the open market it has never been.

At the moment the auction record for a work of Kuindzhi is $3 million For the same amount in 2008, at Sotheby’s sold the painting “birch grove” (1881). “AI-Petri. Crimea” if it was put up for sale, gone would be cheaper. First, the “birch grove” is much larger, and secondly, she is incredibly popular counterparts in the Tretyakov gallery and the Russian Museum, and in the third place, paintings of the turn of 1870s — 1880s, when he wrote his major masterpieces, valued at Kuindzhi higher than the period of the 1890s.