Moscow. 28 Jan. INTERFAX.RU Kidnapper paintings of Arkhip Kuindzhi “AI-Petri. Crimea” living in the last century or unhealthy, said the Director of the museums Department Ministry of culture of the Russian Federation Vladislav Kononov. 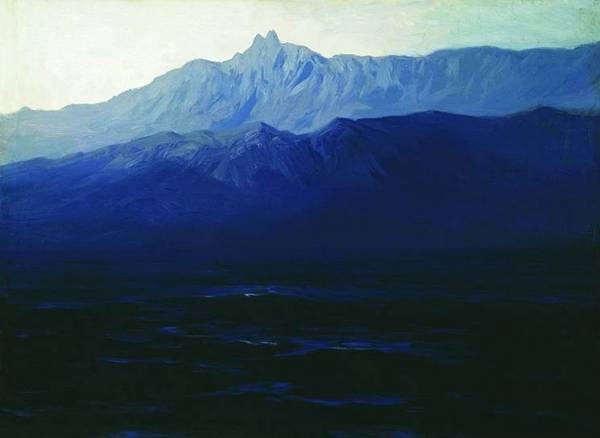 “He lives in the past century or not very well. In the ranking of the most stupid crimes of the 21st century he has grounds to win a prize,” said Kononov reporters on Monday.

Painting Arkhip Kuindzhi “AI-Petri. Crimea” on the evening of 27 January was stolen from the hall in the Engineering building of the Tretyakov gallery, where the exhibition of the artist. The perpetrator just took it off the wall and went to the front of the numerous visitors of the exhibition.

According to the Director of the Tretyakov gallery of Zelfira Tregulova, anxiety in connection with the theft of the painting Arkhip Kuindzhi “AI-Petri. Crimea” has raised a custodian, “however, this occurred only a few minutes after the man grabbed the painting and ran from the Museum.”

On the morning of 28 January, the interior Ministry reported that a suspect in the theft of paintings by the 31-year-old man was detained hot on the trail in the village of Zarechye, Moscow region. According to the source, his name is Dennis Chuprikov. He said that he hid the stolen painting on the territory of construction object in the Odintsovo district, where it was confiscated by the police. The charges he rejected.

Meanwhile, in the time of the theft the paintings of Kuindzhi from the wardrobe of the Museum and stole the coat. And Tregulova said that she is “not the investigator, to draw any conclusions about diversion, but it doesn’t look like a coincidence.”