“Buy a positive pregnancy test”: how to check for lice fathers

Who and why buys Network of positive pregnancy tests, and whether it helps keep men. 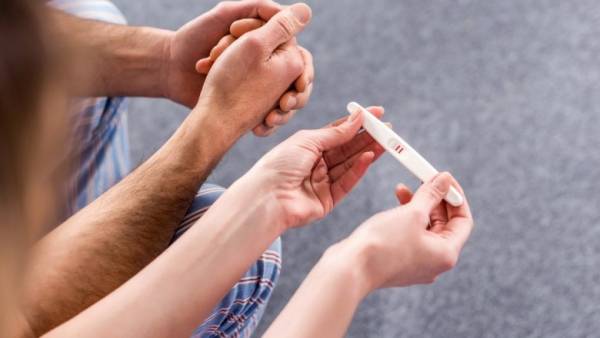 There are many ways to test the feelings of men of strength. Today ads in social networks offer a new trend — buying a positive pregnancy test. The correspondent of the portal Moscow 24 spoke to one of the sellers of these tests and found out who buys an unusual item, as with it girl check the seriousness of their men, and does this method keep the “fathers”?

Revelation of the seller

“Three months ago, my friend took a positive pregnancy test,” — says Alina, a novice seller, “ready” tests. “We haven’t tested it man, it was for shooting video on the job at the directing Department, where she’s a friend. We went online and was surprised how much room there offers. First reaction was: “How unfair do girls!” But I had to help a friend. So I met the girl who sells the reagent, with which you get two strips on the test. Then we went to the drugstore, bought a lot of different tests and all of them tested.

After some time we came up with the idea that you can recapture the money spent on liquid, if you sell the tests that we did. The expiration date they still do not disappear, and we are in such quantity are not necessary. The reagent was bought for a thousand rubles, while in other cities can be bought for 250 rubles.

Tests bought the most simple, at a price of 30-50 rubles, and now ready to sell with a positive result for 200 rubles.

Every week on the network I write for two or three people. We do not typically ask clients why they get a test, but some tell themselves.

Someone wants to play your young person or test feelings. And once she bought a test to please his seriously ill grandmother.

Granddaughter’s long do not get pregnant, and grandma dreamed of grandchildren. Thus it was possible to cheer up a lady.

Sometimes, men buy goods really do not know what purpose. They are usually shy and not share details.

Another often asked about do we sell information about the pregnancy. To learn about this opportunity, my friend called the girl who sold us the reagent. By the time her Facebook page has already been removed, but we have her phone number. The girl reported that she now does nothing, because it brought a criminal case because the sale of certificates — it is illegal.

We have to break the law yet no desire. And then, the sale of tests is not a source of income, I can’t even call it pocket money. We get with this 400 rubles a week. The money now put off, and then buy some gadget, a fitness bracelet or a watch.