Embassy of Ukraine in Turkey was asked to remove the information about the Russian origin of the wife of Sultan Suleiman roksolany from the stand near her tomb in Istanbul. The authorities agreed to replace them with Ukrainian, said the Embassy on Twitter. 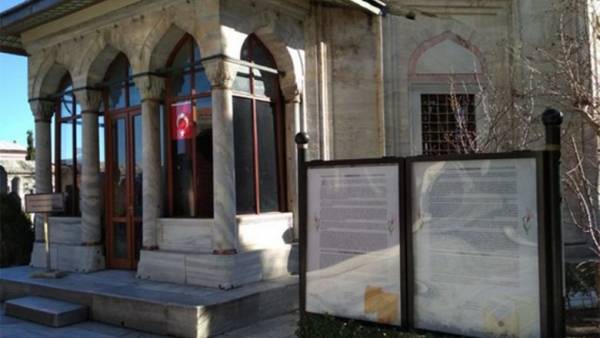 “Gradually restoring the historical truth: in response to the appeal of the Turkish side withdrew the text of the inscription on the alleged Russian origin of the wife of Sultan Suleiman roksolany her tomb near the mosque,” — noted in the post.

“RBC-Ukraine” quotes the new text on the label: “the Wife of Sultan Suleiman Hürrem Sultan (roxelana), the Ukrainian, and she is the mother of Sultan Selim [II]”.

Roksolana (1502/1505 — 1558) — concubine, and later wife of Ottoman Sultan Suleiman. Her real name and origin is not exactly known. Some sources speak about her Russian roots, others say that she was taken from Rohatyn (now Ivano-Frankivsk region of Ukraine). Roksolana has played an important role in the political Affairs of the state.