MOSCOW, January 26 — RIA Novosti. TV presenter Ksenia Sobchak has commented on his departure from the Studio of NTV. 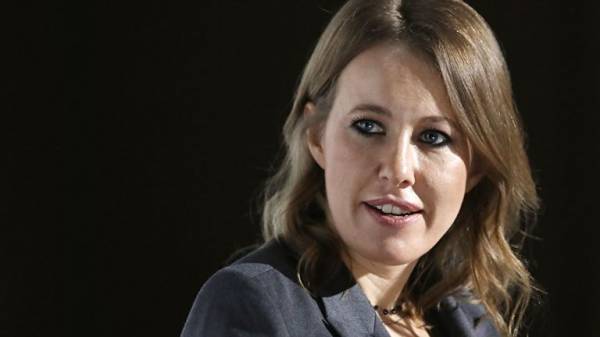 Earlier, the TV channel reported that Sobchak scandal in the dressing room: the journalist did not like the story about the fight her husband Maxim Vitorgan with Director Konstantin Bogomolov and she left the Studio.

Sobchak has explained that it is not planned to discuss my personal life in TV channel.

“Got an interview live about Ukraine. Ready to enter the frame, and there is a Boxing ring, two boxers and a long journey about a fight,” she wrote in the telegram to the channel.

The presenter stressed that he believes his departure is natural, and the behavior of journalists is outrageous.

In the material NTV reported that Sobchak was invited to the Studio, where she “had to comment on the fight.”

As reported by the media, the evening of 21 January Bogomolov and Vitorgan got into a fight near the cafe in Central Moscow allegedly due to Sobchak. Later the Director reported a double fracture of the nose and the skull injury.