Media: near the triumphal arch was placed.

PARIS, January 26. /TASS/. It is about the collision of “yellow jackets” with the police were reported. 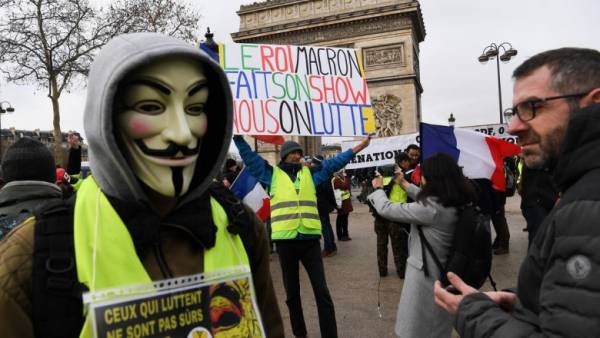 Several dozens of participants of the 11th nationwide demonstrations of the “yellow vests” appeared on the Champs Elysees in Paris. Police places considerable forces, including armored cars, on the place Charles de Gaulle.

As evidenced by the broadcast on Saturday the TV channel BFM personnel, traffic on the street is not blocked.

Clashes of protesters with the police by 10:00 (12:00 MSK) is not marked. In addition to representatives of the “yellow jackets” on the Champs Elysees a lot of tourists and passers-by who photographed the protesters.

Earlier, at a meeting of law enforcement state Secretary, Ministry of internal Affairs Laurent Nunez did not rule out the possibility that demonstrations will again be accompanied by unrest. Unlike previous days, this time the authorities did not report the exact number of mobilized law enforcement officers for policing in France and Paris.