From the engineering building of the Tretyakov gallery stolen painting Arkhip Kuindzhi “AI-Petri. Crimea”, said “the Tape.ru” a source in law enforcement bodies. 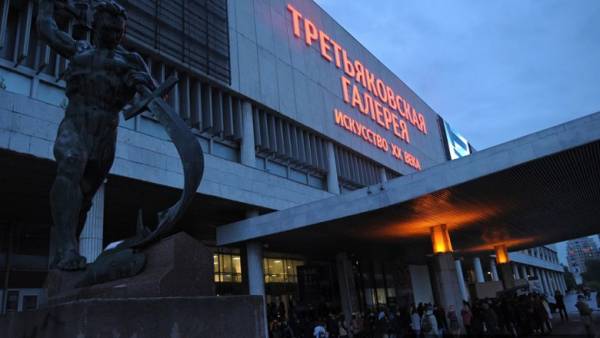 According to him, the abduction was carried out very boldly: unknown approached the painting, removed it from the wall, was removed from the frame and disappeared. All the surrounding were absolutely sure that this is done at the Museum, and only a few minutes, it became clear that what happened is theft.

In the Main Department of the MIA of Russia in Moscow to the correspondent “Tapes.ru” reported that information about the incident is checked, and from other comments have refrained. In most of the Tretyakov gallery has promised to make a statement, but now from comments also abstain.

And the thief has a taste for the beautiful:

In the Tretyakov gallery the visitors stole the painting Arkhip Kuindzhi “AI-Petri. Crimea”.
On-site work, the police, everybody gets screened at the output. pic.twitter.com/A9XFbAHOV4

Source “Tape.ru” in law enforcement bodies reported that the investigative team arrived at the scene, and began work. “Seized and viewed CCTV footage, set the identity of the kidnapper and the routes of his travels,” said he said that to talk about the prospects of the investigation is premature, as are the first moments of police work.

In Telegram channel “Museum snob” reported that the entrance to the Tretyakov gallery terminated, and all output searched by the police. While witnesses publish pictures, which are visible and empty frame, and screening of all visitors.