MOSCOW, January 26 — RIA Novosti. The Deputy of the state Duma, a native of St. Petersburg Sergei Boyarsky called German journalists not to interfere in the sovereign Affairs of Russia. He commented on an article in the newspaper Süddeutsche Zeitung about the “dangers” of the parade in honor of the 75th anniversary of lifting the siege of Leningrad. 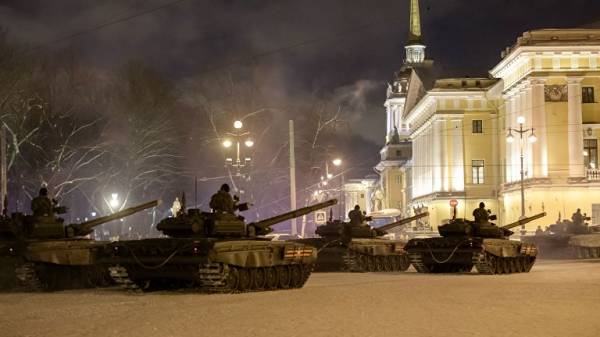 “Their opinion to us should in the least, when it comes to our holidays,” said Boyarsky in an interview, “Says Moscow”.

The MP added that many residents consider relevant conduct in the day of the siege the military parade.

The day of the siege, of course, the solemn mourning, but many people associate it with the Leningrad day of the victory. And yet it is a holiday. For many of those who went through this hell and to this day recalls those days when it’s release, for them it certainly was a Day of Victory.

According to the journalist of the Süddeutsche Zeitung, Silke Herr Bigalke, celebrating the anniversary of the lifting of the blockade of Leningrad in Russia has acquired the character of the celebration, whereas we are talking about large-scale tragedy. According to her, the authorities do not focus on memory, and national pride.

The siege of Leningrad started on 8 September 1941 and lasted nearly 900 days. The only way is the Way of life which was delivered to the city food was laid on the ice of lake Ladoga. The red army broke through the blockade on 18 January 1943, but her complete lifting of Leningrad had to wait another year — until January 27, 1944. During the years of blockade were killed, according to various data, from 400 thousand to half a million people.