Indian officials have begun to relocate about 300 crocodiles from the reservoir near the highest statue in the world, to provide a service of seaplanes for the visitors, writes “bi-Bi-si” 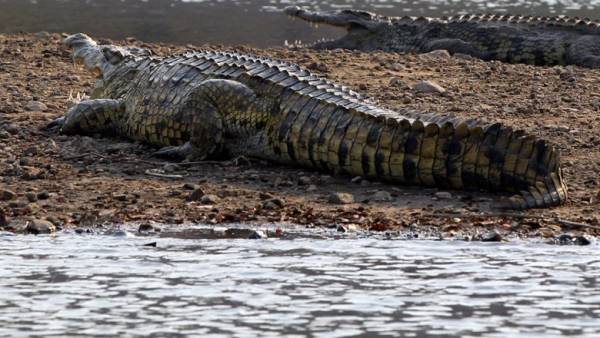 A three-meter reptile lured into a metal cage and sent to the new settlement in the Western state of Gujarat. Already about a dozen crocodiles were transported in the back of pickups.

Animal rights activists have criticized the local authorities for violations of wildlife law.

182-metre high statue of independence hero Sardar Patel Vallabhbhai was opened in October last year. It is almost twice the statue of Liberty in new York.

Bronze sculpture, located about 200 km from the main city of the state Ahmedabad, has become a popular attraction among tourists. However, the majority of tourists reach the place known as the “Statue of Unity”, on the bus, because the trains do not go in this direction.