Deputy of the Verkhovna Rada Hope Savchenko, which the last 10 months in custody, was put forward in presidents of Ukraine at the Congress of the party “political platform of Hope Savchenko”. The Congress was held in the hotel “Ukraine”. 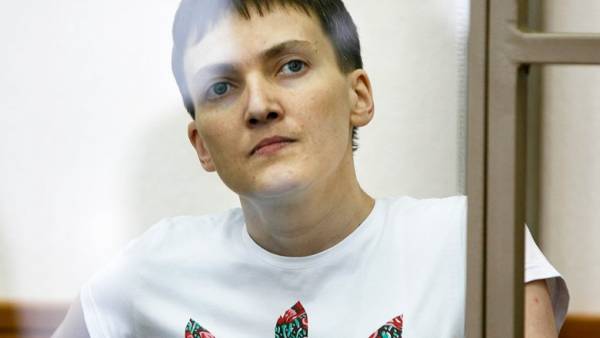 About 100 delegates from different regions of the country unanimously voted for the candidature of Ms. Savchenko. The proposal came from her sister Faith, reported Vesti-Ukr. “At the Congress were mostly the parents of the heroes of the ATO, retirees and veterans of the ATO”, — said the correspondent of the publication.

We will remind, SBU believes that Hope Savchenko has developed a “clear plan for the assassination of heads of state.” According to the investigation, it together with the head of the organization “Officer corps” Vladimir Ruban planned to fire the house in the government quarter, and killing people from the leadership of the state, but also to seize the Parliament building.

Presidential elections in Ukraine will pass on March 31.

Read also: Tymoshenko called the main task for the new President of Ukraine