The Brazilian mine collapsed dam. Dozens of people were missing

At the iron ore mine in South-Eastern Brazil collapsed dam of the tank with waste mining. At the moment we know of at least seven people killed, about 150 people were reported missing. 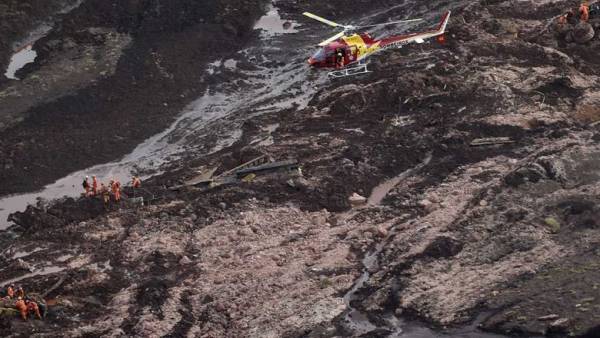 As a result of break of a dam holding waste from mining, mud flood struck several farming settlements in the state of são Gerais.

Nearby residents began to evacuate by helicopter. On the number of evacuees have not yet been reported.

The representative of the company Vale, which owns the mine, on Friday said that the waste filled in the municipality of Vila Forteko near the town of Brumadinho.

Filming from a helicopter, shows a local TV station, seen as the flow of mud swept away everything in its path.

The mayor of Brumadinho Avimar de Melo in an interview with a local newspaper stated that he had killed at least 50 people. “We have no more information: it all happens very quickly,” he said.

The President of Brazil, Air Bolsonaro wrote on Twitter that he would come on the scene Sunday. The Ministers of environment and civil defense is on the way, he added.