MOSCOW, January 26 — RIA Novosti. Celebrating the anniversary of the lifting of the blockade of Leningrad in Russia has acquired the character of the celebration, whereas we are talking about large-scale tragedy, this is stated in the article the journalist Silke Herr Bigalke, published in the German newspaper Süddeutsche Zeitung. 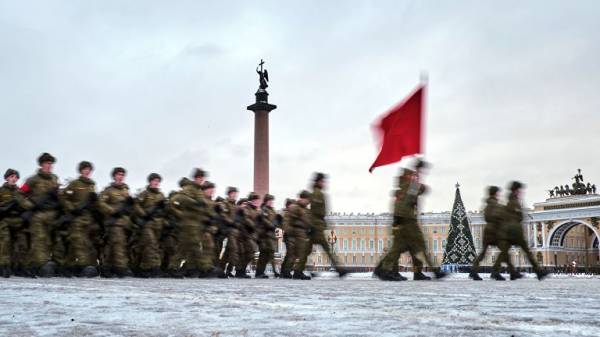 The journalist reminds that this Sunday in St. Petersburg will be a parade dedicated to the 75-th anniversary of the lifting of the blockade of the city.

“Once again those who are in power in Moscow, sending soldiers instead of compassion, and emphasis on national pride, not memory,” — says Herr Bigalke, noting that the siege of Leningrad remains a “painful” moment in the history of Russia.

Herr Bigalke acknowledges that lasted almost 900 days the siege was a genocide in which, as she writes, “killed more than a million people.” However, in her opinion, after the war, none of the parties was not interested in calling what happened exactly, but Russian authorities still “are precipitated as heroes, bravely resisted the Germans.”

“The fact that people could barely stand up from hunger, ate the glue and cats, and some were punished for cannibalism, was mostly known only in 90-e years” — says the journalist.