VR partners did not protect people from contagious yawning

People act and feel in a virtual reality not as in real life. This is evident even where the difference seems inconsequential: as shown by the experimental infection of humans with yawning in the presence of a variety of “virtual analogs” of others, nothing prevents a yawn, better than the real people around. Even if it is not seen and not heard. 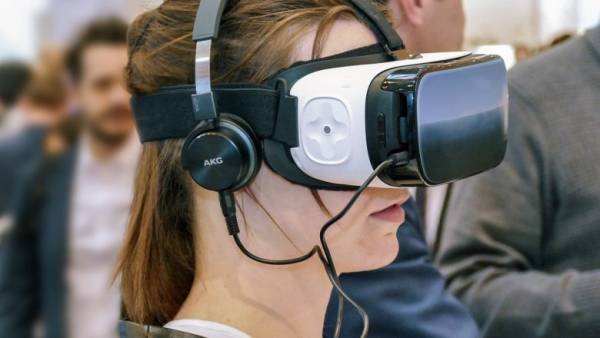 Virtual reality has provided scientists new experimental opportunities. For example, in the experiment on studying of influence of behaviour of a group of people on a particular participant, you can not hire a dozen actors, and the use of computer models showing a particular behavior. It’s cheaper and more reliable in terms of reproducibility of experiments: software simulation can be easily run in other laboratories.

Become a goat, and another 5 crazy simulators

Even in the virtual space to experiment, where others want to perform some complex or unethical — as, for example, in the famous Milgram experiment (where subjects “applied electric shocks to each other”, although in reality the actor depicting the pain). Virtual reality allows you to do many things, but the question arises — is it right to transfer the obtained results to real human interaction?

A group of researchers from Canada, together with colleagues from the US published in the journal Scientific Reports a description of experiments that have examined contagious yawning in different contexts. By itself, the phenomenon of the infectiousness of yawning is a well established fact, confirmed experimentally in humans and some other animals.

However, what makes the “infected” to yawn, while it is unclear.

All experiments had five. Each subjects wore a VR helmet and tried to infect him with a yawn in the situation of a varying degree of “sociality”: in the first near the subjects in the room remained or not remained a scholar, the second in virtual reality over the stimulus video was supposedly drawn working (or not) the webcam, the third subject separately reported that it will write the webcam, in the fourth experiment near the subject was an avatar i.e. a virtual representation of the person (who looked at the test or was standing with my back to him), and in the fifth the avatar was walking behind the stimulus video or simply stood at a distance.

If in a real room except the subject was someone else, the participant experience suppressed a desire to yawn most successfully in the presence of the scientist did not yawn any one subject, although not seen him and did not hear, being immersed in virtual reality.

Simulation of sex, and search parameters. How technology is changing love relationship

And left alone with a stimulus, people become infected by the yawn at all — not only were more often infected (i.e. yawned at least once or felt the desire to yawn) than in the other experiments, but looking more for the whole experiment.

But if this room was empty, a yawning people become infected with much more probability. The webcam do not particularly bother them: equal number of subjects contracted a yawn, regardless of whether she was on or off. In situations with avatars, the situation is only slightly changed: contracted yawn less, but not sufficiently to make this difference was statistically significant. In other words, the virtual presence of people, the subjects were not experienced, as the social situation.

At first glance, it’s a pretty obvious conclusion and rather impractical study of the phenomenon, not associated with a complex and socially significant behavior: how high, to the yawning of others can be perceived only as a discourtesy or disrespect.

How companies deceive us using pseudoternary

But the scientists themselves give a number of arguments in favor of the importance of their work. Yawn knows how many animals, and some vysokozolnyj species are also experiencing an infectious yawn. If you understand that how the yawning scientists may be able to come closer to understanding what makes us different from other animals and how it developed such important human phenomena as the ability to understand the state of the environment.

An adequate assessment of the effectiveness of the methods used in such studies, important to continue work in the area of infectiousness of yawning and the masses of other psychological and social phenomena. Perhaps virtual reality, with all its advantages, would be the wrong environment for experimental studies of psychologists and sociologists.