The arrow a so-called doomsday clock that displays the time to the conventional nuclear disaster (midnight) in 2019 did not translate clock still show 23:58, according to the website of the journal Bulletin of the Atomic Scientists. 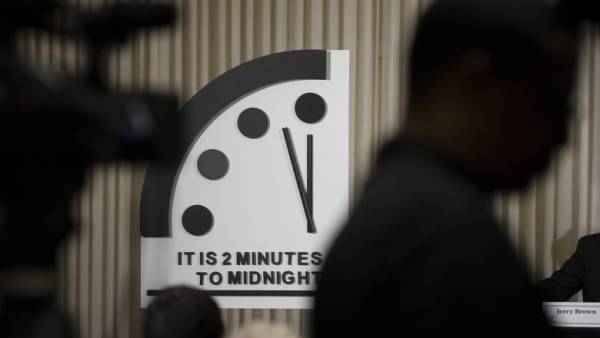 The last time the hands of the doomsday clock were transferred to 2018 to 30 seconds closer to midnight.

Thus, the arrows stopped at 23:58, three times in the entire history of the project is in the same position were in 1953, when the United States and the Soviet Union with a difference nine months has tested hydrogen bombs.

“Currently, humanity faces two existential threats, each of which can cause concern and require immediate response. These two major threats — nuclear weapons and climate change have been aggravated in the past year due to wider use of information warfare to undermine democracy around the world, increasing the risks from these and other threats and creates extreme danger for the future of civilization,” — said in the message log.

The doomsday clock project, which began in 1947. The farthest from midnight the position of the hands (without 17 minutes) was in 1991, when the Soviet Union and the United States signed a Treaty to reduce strategic arms.